"Poof" It's All Gone 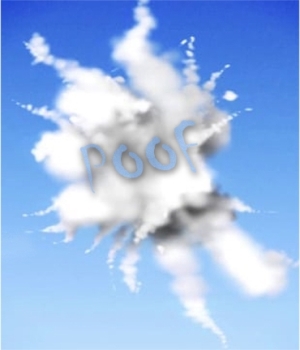 Like magic, first you see it, think it's real and "Poof" It's All Gone. Our firm is often asked the following question. If my mother or father remarries and dies before their new spouse, what happens to any assets they acquired and owned before they remarried? The answer lies in whether or not they commingled their assets.

We spend our entire lives ignoring or not accepting the inevitable, that we all die. The only thing that survives us is the legacy we leave behind consisting of property, assets, photos, videos, writings, memorabilia, memories and more. When a person remarries and then dies, often everything they worked for their entire life, may be lost to the surviving spouse simply because they failed to prepare sufficient estate or legacy planning before their death.

At our firm, we see this scenario played out time and time again. Regardless of who may be hurt and because you failed to prepare any legacy planning before your death, attorneys and courts must comply with probate law. Consider the following example.

Sara owned a home, a car, bank accounts and investments. From her first marriage to Ted, Sara had 4 children. After 21 years of marriage, Ted died in an automobile accident. Two years later Sara married Bill. Bill had 3 children from a previous marriage. Bill brought no tangible assets to the marriage but he did bring a substantial income. During their marriage Sara and Bill decided to commingle their assets and earnings as couples typically do. Three years later Sara suddenly fell ill and died.

Because Sara and Bill had commingled their assets as joint property, which included all of the assets Sara had acquired before her marriage to Bill, as the surviving spouse, Bill now owned everything. In Florida, all assets jointly owned by a married couple passes to the surviving spouse.

You can predict the rest of this story. Because Bill and Sara failed to prepare any estate planning whatsoever, Bill's children from his first marriage were required to file a probate for his estate. Sara's children were not included in Bill's estate settlement nor had any entitlement to it. As a result of Sara's poor planning the entire family estate legacy from her first marriage was lost.