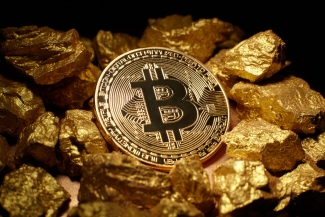 Not long ago, it was difficult to access someone else’s bank or financial accounts during their incapacity without, at a minimum, a written notarized durable power of attorney. Today, such authorization may require nothing more than an on-line internet password as more and more the world becomes paperless. Incapacity is one thing, but if someone dies, assets managed by on-line internet digital access are increasingly at risk of being lost. The digital world has become a part of most of our lives and the management of digital assets needs to be included when preparing your last will, revocable trust or other estate planning. Imagine the following example of children of savvy computer parents who died without a will.

When John and Susan’s mother and father died, it appeared they had only a modest estate which included a home, its contents and 2 cars. In searching through their parent’s home, they found no mail, receipts or any other evidence of bank accounts, insurance policies or investments. Because there was no will, they were required to hire a probate attorney in order to acquire title to the family home and 2 cars. Nine months later with probate concluded, John and Susan were given a title to their parent’s assets.

One year following the order of discharge of their probate proceeding, Susan found a computer flash drive in her mother’s jewelry box and contacted John. When they opened the information of the flash drive on a computer, they were overwhelmed. The flash drive contained passwords to banking and investment accounts, one of which was a crypto-currency account, Bitcoin. In 2012, John and Susan’s parents invested $2,500 in Bitcoin which today is valued at a few million. Although the passwords provided them with access to investment and bank balances, it was necessary to reopen the previously closed probate to amend the estate value. Had Susan not found the flash drive left by her parents, their assets may have ended up in the State of Florida’s unclaimed property.

Other information found on the flash drive included a Family website, Facebook, Instagram, Twitter, and iTunes accounts. According to recent studies, the average person has roughly $25,000 or more worth of assets stored on digital devices. That value includes purchased movies, books, music and games as well as personal memories, communications, personal records, hobbies, and career information. Of those surveyed by these studies, 55 percent said they store assets that would be impossible to recreate, re-download or repurchase.

Today’s world is becoming increasingly more digital and paperless. Trying to organize and take the time necessary to develop an electronic digital map of all of our online assets can be exhaustive considering how many times we are routinely asked by the company custodians of those accounts to change or modify our user names and passwords for security purposes.

Like a safe without a key, rather than just electronically placing digital assets on a flash drive, computer or on-line where no one may find them after you have died, discuss with your estate planning attorney in Orlando how to include a plan to notify your beneficiaries of digital assets upon your death. Contact Jackson Law PA online or call (407) 477-5046 for a consultation.