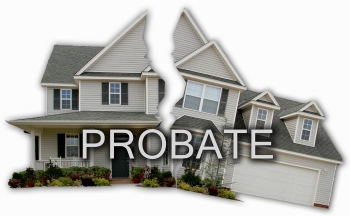 Is it true that when my husband dies our home automatically transfers to me even though my name was never included on the property deed? There is no simple Yes or No answer. FLORIDA HOMESTEAD LAWS can be very complicated and problematic for intended heirs. Consider the following client example.

When Mary married Joseph he owned his own home outright. It was Joseph's second marriage. Mary and Joseph had two children together and he also had two children from a previous marriage. In the interest of their immediate family, Mary suggested that Joseph add her name on the deed to their house. Joseph told Mary that there is no need to spend money to change the title to the deed because the state of Florida recognizes Mary's right of survivorship, meaning she will automatically inherit the Joseph's home outright upon his death. Joseph was completely wrong on Florida law and following his death, his mistaken belief complicated Mary's and their children's lives as well as the lives of the children of Joseph's first marriage.

Mary had to make a decision on how to hold her household together. Because Joseph died without a LAST WILL & TESTAMENT Mary was required to probate the family home by hiring an attorney to manage a PROBATE in court. This process took her almost a year to conclude the transfer of ownership. During the process, Mary was required to decide to choose one of the following options. Either option forced the condition of a HOUSE DIVIDED.

Before you unintentionally impact the inheritance of your family home causing a HOUSE DIVIDED, do the right thing by visiting an Orlando estate planning lawyer Jackson Law to prepare your estate today.