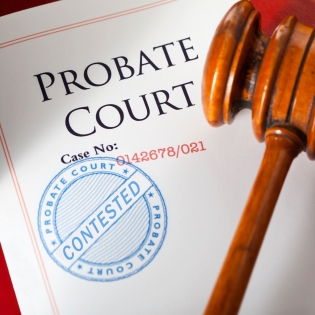 Examples of Probate & Children Out of Wedlock

Happily married for over 20 years with 3 wonderful girls, my wife and I recently learned of a child of mine who was born out of wedlock 34 years ago to a former girlfriend who I dated briefly in my teens. Unaware my former girlfriend was pregnant when I last saw her, I was shocked to learn that I was the father of her son, now in his 30’s. Upon locating me, the son I never knew requested a visit to meet me and my family. My wife, likewise shocked, was reluctant to meet him. My wife voiced her concern regarding any inheritance by my son for a portion of our estate should something happen to me or both of us. My wife asked that even though a child who you neither knew of nor who had ever been a part of your immediate family, can such a child out of wedlock inherit an equal share or portion of your estate?

In the United States today, there are over 13.5 million single parents raising over 21 million children. Single mothers constitute about 83% of single-parent families. Imagine, nearly 39% of children born in the U.S. today are born to unmarried mothers of which 60% don't know who the father is and of which only half ever have a father figure in their lives during their entire lifetime. Florida, at 47%, has one of the highest percentage rates of children born out of wedlock in our nation. So how do these statistics affect the future assets of the father who learns many years later that he has a child born out of wedlock?

Far too often, the father of a child born out of wedlock seeks ways to avoid any responsibility for childcare or may never know that such a child even exists. Regardless, whether the father knew or not, the financial responsibilities can follow the father for life, whether such responsibility is for years in back child support payments or distribution of assets to the child during probate. This probate bombshell is the one which often catches families unprepared causing enragement, conflict and greed. Consider the following example.

Thomas and Abbey were married for 40 years before Thomas’s death. Because Thomas’s business and the family home were in Thomas’s name only and he had no will or trust, it was necessary to open a probate to transfer the assets to Abbey and their 3 children. During the probate process, Abbey learned Thomas had a child out of wedlock long before their marriage. The child’s name was Gabriel. Infuriated, Abbey and her children, now adults themselves, engaged in a battle with Gabriel and requested that the probate court disallow any inheritance whatsoever be given to Gabriel. Gabriel, having proved to the court that he was Thomas’s child and a rightful heir, was granted the same entitlement provided to Thomas's other 3 children.

What Are My Options?

If you have children out of wedlock or from a previous marriage that you wish to disinherit, contact an estate planning attorney to discuss potential consequences and options.