Elder Abuse Is On The Rise 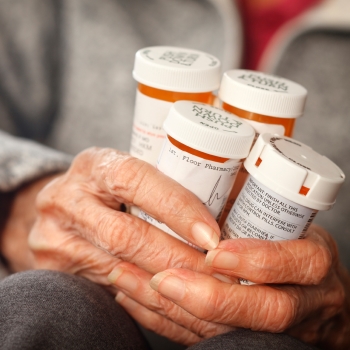 According to the United States Census Bureau, due to the large number of baby boomers, America’s 65-and-over population is projected to nearly double over the next three decades, exploding from the current 48 million to over 88 million by 2050. And based upon the population within each state, Florida has the largest percentage of elderly persons.

Florida is already one of the largest strongholds for elderly abuse in the US and because of the exploding elderly population one such abuse, guardianship fraud, is on the rise. According to Florida Statutes 744.3031, prior to the appointment of a guardian, the court must find there appears to be an "imminent danger" that the physical or mental health or safety of the person will be seriously impaired or that the person's property is in danger of being wasted, misappropriated or lost unless immediate action is taken.

Imminent danger being the foundation of the fraud, is the con artist's or abuser's tool to gain control over and exploit the elderly victim. So why do these abusers do it? For profit, of course. And what are some of the signs of imminent danger used by such abusers?

The abuser, such as a family care giver, may fabricate a belief that there is a relative, a neighbor or even a stranger who is trying to take advantage of the victim. Next is to convince the victim to execute a durable power of attorney prepared by a lawyer so the care giver can help the victim protect and manage his/her assets. Likewise, the care giver may convince the victim to sign a durable power for health care to make medical decisions or acquire prescriptions on behalf of the victim. The care giver then may begin to deplete the victim's assets while simultaneously providing an overdose of prescriptions in order to cause the elder to exhibit a lack of clarity by or appear mentally incapacitated.

At this time, the caregiver may request an emergency temporary guardianship which gives complete temporary control over the victim. Why? Because the caregiver provided the means to demonstrate that the victim exhibits signs of mental incapacity and is unable to make financial and medical decisions and therefore manifests an imminent danger. An emergency temporary guardianship expires 90 days after the date of appointment and may be extended up to an additional 90 days provided the care giver can demonstrate emergency conditions still exist. Just enough time to embezzle most if not all, of an elderly person's assets.

In the initial stages of guardianship, an alleged incapacitated person must be represented by an attorney. While the attorney may have had good intentions in representing both the victim and the caregiver, the entire legal system as a whole, including attorneys and the courts, is often defrauded by an experienced elder law abuser.

Don't let this happen to you. Avoid elder abuse and guardianship fraud by meeting with one of Jackson Law's estate planning and elder law attorneys today.